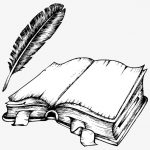 Time passed (and believe me, the older you get, the quicker time passes), and I continued to collect comics and merchandise. Around April of 2012, I acquired the fourth Richie Rich Old Timer Car, and it reminded me of the list I had tried to start. I began thinking about putting up a website, with pictures and information about the items. My original concept was a series of static HTML pages with hyperlink navigation, as I was not a web developer and that was all I was familiar with.

A couple of weeks later, the email newsletter from Heritage Auctions mentioned that they were offering free web hosting to comics clubs and organizations. I began emailing with John and later with Chere there, and found out that what they were offering was a WordPress install. I knew NOTHING about WordPress except that it was for blogging, and was initially discouraged by this news. Chere asked me many conceptual questions, and continually asserted that WordPress was capable of doing what I wanted. While I did not end up being hosted by Heritage, I would not have the website you are viewing without this help. Since that time, Heritage has started their own blog covering many topics, including comics:

While I was emailing with John and Chere, I also mentioned my ideas to several friends. One of them offered to set me up a WordPress install on her host, so that I could “play around” and learn about WordPress. I gratefully accepted, and started learning a whole new set of terminology. My first obstacle was tags and categories. I eventually set up custom fields and taxonomies for the data I wanted to track. Then I began exploring themes and plugins.