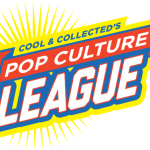 Continuing my renewed posting momentum, I decided to check out the current challenge on the Pop Culture League. It turns out the topic is one very near and dear to my heart: “Do Over: If you could do it all over again…” (from the Internet Archive Wayback Machine)

Keeping my response related to toys, I would say the biggest thing I would try to do over would be to somehow keep my Star Wars toys. They were played with and the figures were off their cards, but I still had a sizable collection and sold it all for $50.

On a more Harvey-related note, I would not have displayed my #1 issues on the wall of my apartment. I had a kitten decide the plastic pockets would make a great ladder, and got almost to the ceiling before I found him. Claw marks detract from grade in a big way!

And if I could really change things around, I should have gotten involved with collecting Harvey toys much sooner. It would have been much cheaper and easier to buy them new at a toy store back in the 80’s than to try to find them years later on eBay as I have been doing!

There have been three responses to this challenge already:

The Toy Box: Pop Culture League Challenge – Do Over (from the Internet Archive Wayback Machine)